David A. Blandino, MD, has been chosen as the 2017 Nathaniel Bedford Primary Care Award recipient. Presented by the ACMS since 1975, the award recognizes a primary care physician for exemplary, compassionate, comprehensive and dedicated care of patients.

Following graduation, Dr. Blandino fulfilled an internship and residency in family practice at Williamsport Hospital in Williamsport, Pa. In 1981, he began his clinical career at The Matilda Theiss Health Center, a community health center in the Terrace Village Housing Project Neighborhood in the Hill District of Pittsburgh, and subsequently began a clinical teaching career with the Shadyside Hospital Family Practice Residency. Later in his career, he completed a master of science degree at the University of Pittsburgh within the clinical research training program in 2007.

Dr. Blandino has served as a clinical associate professor at the University of Pittsburgh, Department of Family Medicine since 1993. He also fulfilled many leadership roles within the Shadyside/ UPMC Shadyside Family Practice Residency Program and the hospital including program director for seven years and department chairman for 10. He also was the co-founder and medical director of Shadyside Family Health Center, P.C., the residency programs faculty plan from 1996 to 2002.

“During his 37-year clinical career, David has demonstrated outstanding medical expertise and judgment, developing a devoted clientele,” said Donald Middleton, MD, who nominated Dr. Blandino for this recognition. “Through medical student and resident education, his clinical guidance has improved the health care of thousands of persons in Western Pennsylvania. He has a unique skill to effectively improve health care in Western Pennsylvania through multiple avenues while always maintaining his sense of humor and warmth, which makes David most deserving of this award.”

Since leaving UPMC, Dr. Blandino has worked as a staff physician at the East Liberty Family Health Care Center (ELFHCC) since 2008. ELFHCC is a Federally Qualified Health Center with a faith-based mission, which now has four clinical sites. He has been a member of the Allegheny County Medical Society Committee on Primary Care since 2008 and currently serves on the board of directors of the Pittsburgh Regional Health Initiative. In addition, he is a member of several professional societies including the Society of Teachers of Family Medicine and American Academy of Family Physicians.

A member and elder of Friendship Community Presbyterian Church, Dr. Blandino has chaired or served on several of its committees as well as its session over the years. Dr. Blandino and his wife, Barbara, reside in West Oakland, where they raised their three children, Katharine Nienhuis, Jonathan Blandino and Elizabeth Blandino-Lopez. They also are proud grandparents of Chapin and Zoe Nienhuis. 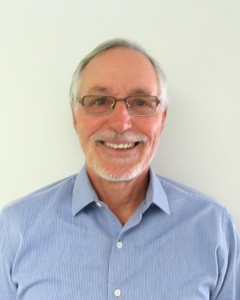